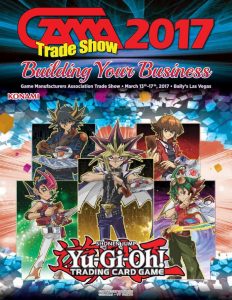 Blair and I just had a gamer bucket list item scratched off! We just returned from the GAMA Trade Show in Las Vegas. Hosted by the Game Manufacturers Association, this five day show focuses on games from the business perspective: designers, manufacturers, and game stores are all represented.

Three days of the show are focused on learning. There’s a Designer’s Track aimed at game designers. There’s also a few panels focused on game published. The bulk of the learning is aimed at game stores and the selling of games. Blair and I were attending on behalf of Pastime Sports & Games, so we focused on the game store aspect.

Goodness did we learn a lot! There were lots of great insights shared by experienced retailers. Panels I attended included: 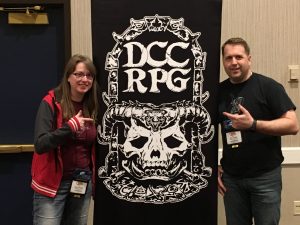 Checking out Dungeon Crawl Classics in the RPG room.

Then there was a day and a half dedicated to upcoming game releases. Publishers got to preview their new new games for 2018. Some of the presentations were powerpoints, where others gave you a chance to demo the games.

There were so many panels that Blair and I had to divide and conquer. I got to attend presentations by CMON, Paizo Organized Play, Asmodee, Upper Deck, AEG, Paizo, and Mayfair Games.

A half day of the show is dedicated to the Exhibit Hall. Game publishers can setup booths for attendees to actually see some of the games, get demos, and talk one-on-one to publishers about the games. It’s also an opportunity for stores to place orders at trade show prices.

In the evenings, attendees have the opportunity to play game demos. Our favourite was the RPG room. We got to participate in a demo of Dungeon Crawl Classics.

We also had the chance to sign up for a Starfinder demo. We were taken to a small conference room, just the right size for an RPG game. Paizo game designer Jason Bulmahn ran us through starship combat for the game. I got to play the engineer (surprise, surprise). Not only did we get a preview of a game we’re looking forward too, but we got to play it with the creator of Pathfinder, a game we love!

Overall this was a fantastic trip! 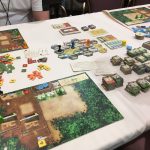 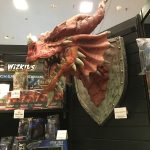 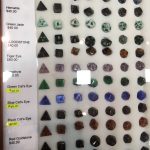 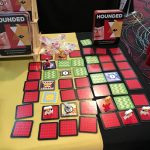 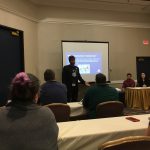 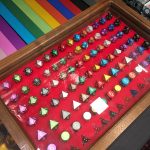 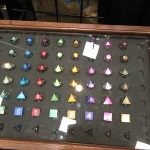 Here on Wisdom Check I share my thoughts on the board game and RPG community, including conventions, introversion, anxiety, and being a women in the tabletop community. I’ll also talk about life as a communications professional, running a small business, writing, survivorship, and more.

Please go to the Instagram Feed settings page to create a feed.